The BOCS “is working since 1975, and based on the non-violence and the responsibility towards the next generations, the poor, and the oppressed, it primarily deals with the philosophical, ethical, educational, and social aspects of ecology, and strives to teach nonmaterial richness, and non-conumerist happiness.” (Hungarian Encyclopaedia of Environment, vol. 1, p. 139)

Happiness planning (contraception) is the most efficient way of protecting the environment and the climate, helpint the emergence from poverty, improving public safety, achieving peace and gender equality, ensuring the happiness of children, and preventing unemployment and mass migration. Still, only a fraction of the aids for developing countries goes for this, primarily due to the ignorance and prudery of the public opinion. So the money is already there, we just need to realize our own interests, which is one with that of the poor, as everyone wins with providing the right, know-how, and means of happiness planning. The global education of BOCS facilitate this. 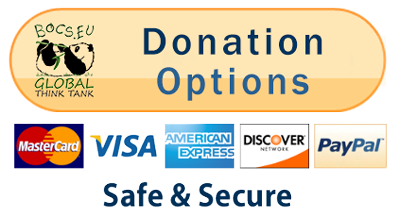 The BOCS Foundation since 1995 for a sustainable civilization. – President: Gyula Simonyi

Its main goal is promoting a sustainable love-civilization, supporting environmental protection, the peace movement, and poor countries, as well as global education in Hungary, Africa, India, and other poor countries.

In 1998, Gyula Simonyi, the president of BOCS was invited to the Balaton Group, the annual meeting of the global network of susatinability researchers that started out in 1982. The BOCS Foundation acquired the qualification of public benefit in 1999, for its environmental protection and informative activity. Our projects, global education, Indian and African partnerships help Hungary to fulfill its international obligations to support poor countries, the Cairo Programme of Action, and the Millenium Development Goals, thereby contributing to enforcing human rights, and protecting nature.

Since 2006, the BOCS Foundation is a member of the EuroNGOs.org European network that supports the Programme of Action of the UN’s 1994 International Conference on Population and Development that is still in effect. It is the Hungarian member of the European network of Population Matters. In 2009, BOCS received the MTA’s (Hungarian Scientific Academy) MÖTE (Scientific Association of Hungarian Ecologists) award for popularizing Ecology.

Pleasure planning (contraception) is the most effective means of environmental- and climate protection, getting out of poverty, securing public safety, peace, gender equality, the happiness of children, and preventing migration and unemployment. Still, only a fraction of the aid going to developing countries is for this, because of the ignorance and prudeness of public opinion. So the money is there, we just need to realize our own interests (which is common with that of the Poor). By securing the right of-, the knowledge about-, and the means of pleasure planning, everybody wins. The global education of the BOCS Foundation, and its programs connected to the theme of conscious family planning promote this.